Living and dealing with Trichotillomaina – One woman’s story 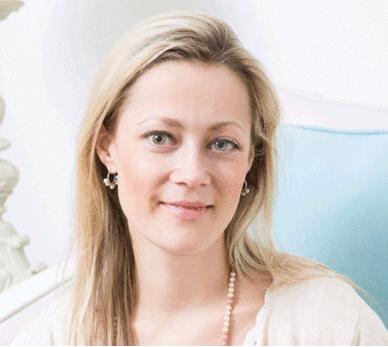 Since childhood, Emma Jarman has been compulsively pulling out her lashes and eyebrows. Here she tells Melanie Whitehouse how she lives with trichotillomania.

Trichotillomania is a compulsion to pull out your own hair

EMMA, 33, works in public relations. She lives in Battersea, southwest London, with her boyfriend Lewis. She says:
“I was sent to boarding school when I was seven years old, which I found hard at first. Because my father was in the army, we moved around a lot.

I remember the girl who sat next to me at school saying, ‘Ooh look – I can pull out my eyelashes,’ and that was the start of it for me. I began to pull my own lashes out and kept on doing it – not all the time but when I was worried or anxious or trying to concentrate. When you’re that young, you don’t realise it can become a habit, and it became an unconscious, comfort thing.

Although it was painful at first, that wore off over time. The pulling happened on and off for years, but it got a lot worse when I was doing my A levels. It was around that time that I realised I could pull out my eyebrows as well.

The next really bad bout came when I was doing my finals at university. By the end of my exams, there wasn’t much left of either my lashes or my brows.

It’s hard to say when I realised I had a problem. Nobody really noticed me pulling my hair out at school – I suppose that’s because I never did it in a social situation, only when I was studying – and I never talked about it.

Then about six years ago, I read a newspaper article about trichotillomania – a compulsion to pull out hair that has been linked to obsessive-compulsive disorder. It was then I realised that I wasn’t the only person in the world who did this.

In a strange way, tricho is a quest for perfection. My eyelashes would grow back short and stubby and because they didn’t look good, my fingers would itch to remove them again. Consciously, I wanted to stop, but subconsciously, I felt compelled to continue.

I joined a couple of support groups but none of them offered solutions, except one that was US-based and came with a price. But I knew my behaviour wasn’t natural, and that it was disfiguring.

Some tricho sufferers eat their hair – I was never like that, but I did start keeping a stash of lashes to remind myself not to pull them out. It didn’t work.

The next really bad bout came when I was doing my finals at university. By the end of my exams, there wasn’t much left of either my lashes or my brows.

I wanted and needed to stop it, so I went to my GP, who referred me to a psychologist. I saw him for eight free sessions, then he gave me an information sheet about adapting my behavior, but I couldn’t do it by myself.

It’s around that time that I started to talk about my problem. Tricho is an embarrassing condition – you don’t share it because there is a stigma attached to what you’re doing – but over the past few years I’ve found it easier to discuss.

I’ve never talked to my parents about it – my mother didn’t want me to go to boarding school so young and I don’t want to make her feel bad – but I finally admitted it to my boyfriend Lewis when we were having a heart-to-heart.

He was very understanding and said he loved me anyway, which made me feel less isolated. Now if he sees me plucking away he says, ‘Leave your eyelashes alone,’ and I do.

Since then, I have found ways to cope with my condition. I always pencil in my brows and, for the past three years, I’ve worn eyeliner and false eyelashes to work, although it’s a bit of a hassle as it takes me longer to get ready in the morning and the lashes sometimes come unstuck.

I’ve also replaced my contact lenses with glasses, so I can’t get to my lashes. Anything from boredom to trying
to understand something, like reading a work document, can trigger my hair pulling, but my tricho got really bad he pressure of it all made my energy levels low, so I started drinking more coffee.

I have a stressful job in PR and I’ve always drunk coffee to meet the demands of my lifestyle. I enjoy the buzz it gives me, but coffee also exacerbates my anxiety levels and I found that I started pulling at my lashes and brows more.

Then, last February, I saw an advert for volunteers to try out royal jelly elixir, which is taken from bees and also contains natural energy boosters like Korean ginseng, guarana powder, ginger, liquorice and sarsaparilla. I thought it would give me the pep-up I needed and stop me craving coffee.

I took one phial a day, generally in the mornings but sometimes later, too, and it gave me the boost I craved without caffeine. After a couple of weeks, I noticed I was feeling less anxious and stressed, and that meant I wasn’t pulling
out my hair nearly as much.

Several months on, my lashes and brows are not completely normal but they are better than they have been for years. At last I have some hope that I might be able to conquer this destructive habit, because I long for normal eyelashes and brows – and I long not to feel the urge to pull them.

All I want is to be able to sit and do a crossword, or concentrate on reading, without unconsciously plucking away.”

Trichotillomania is a psychological disorder whereby sufferers have an irresistible urge to pull out their hair from their eyelashes, eyebrows and scalp.

“Typically, someone begins pulling at around 11 to 12 years and continues to do so into adulthood,” says a spokesperson for Trichotillomania Support.

The latest research by the group reveals that the condition affects five per cent of adult women and less than one per cent of men.

As trichotillomania involves compulsive behaviour, some experts think it is closely related to obsessive-compulsive disorder (OCD), a condition that tends to run in families and may cause problems with neurotransmitters – chemicals that send messages from your brain to your nervous system.

Caffeinated drinks such as coffee are thought to deplete the excitatory neurotransmitters, contributing to the chemical imbalance that triggers trichotillomania. In addition to this, hair pulling often happens when a person is tense, and caffeine is known to worsen anxiety.

According to Harley Street nutritionist Lisa Smith, royal jelly could help reduce the symptoms of trichotillomania. “Historically, royal jelly has been used to boost vitality, as it is rich in many of the B vitamins essential for energy metabolism,” she says. “It also acts to vitalise the glandular system, especially when dealing with the effects of stress, which may be why it has helped with subconscious hair pulling.”

The NHS recommends that sufferers should visit their GP. Psychotherapy (talking therapy) or cognitive behavioural therapy (CBT), which can reverse harmful habits, may be recommended.